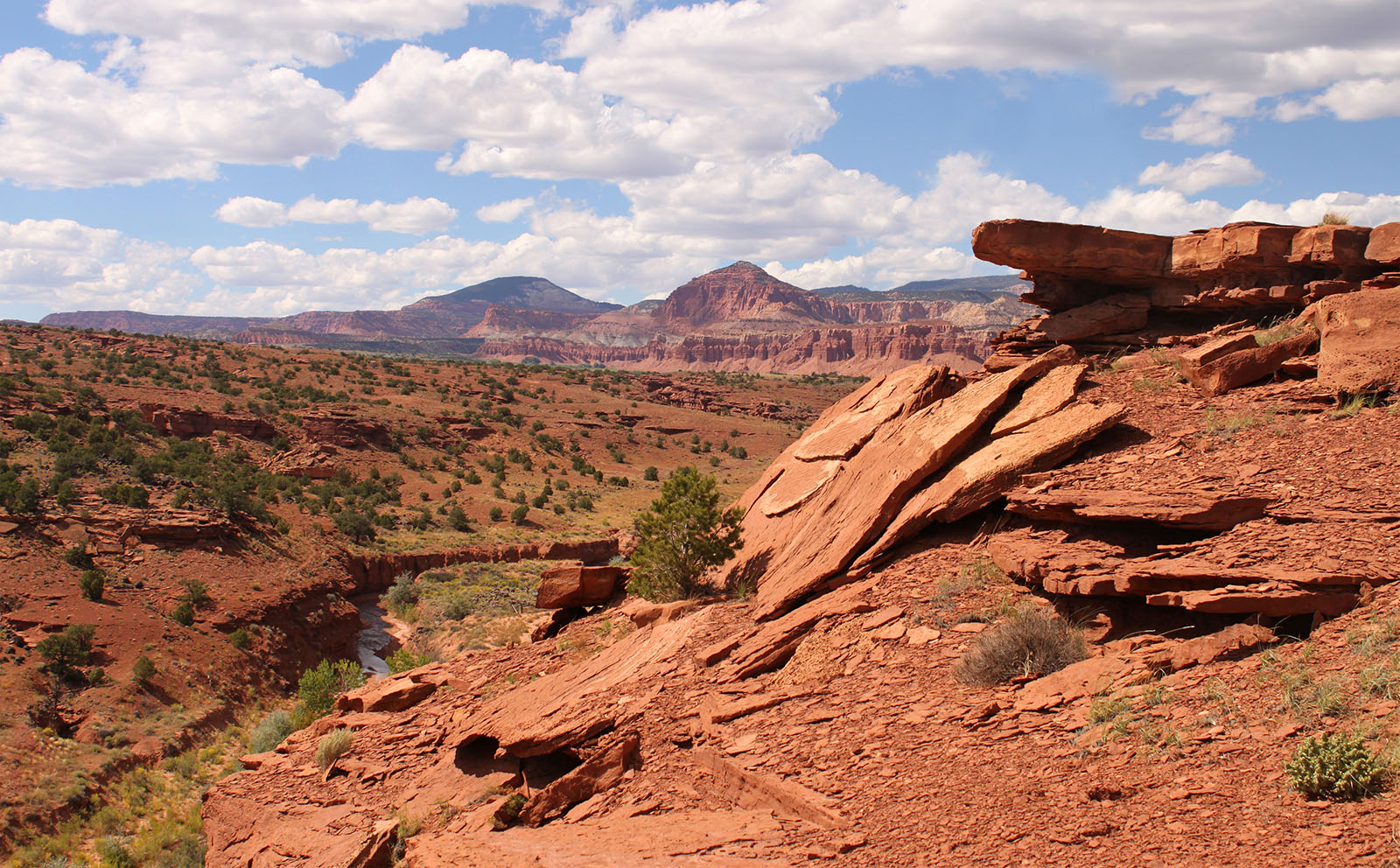 For fans of the “Old West” and all of its colorful history, Robbers Roost is one Utah landmark you don’t want to miss.

“Robbers Roost” was the nickname given to the canyon and surrounding area in southern Utah where the infamous outlaw Butch Cassidy and his “Wild Bunch Gang” would often meet up and hide out after one of their big heists in the late 1800s and early 1900s.

Needing a place to avoid the law and plan their next robbery, the Wild Bunch would often spend up to a month or more living within these canyons and hills that most lawmen didn’t know how to navigate well. Robbers Roost was kept very secretive, with only a very select number of visitors ever being brought to the hideout—mostly just women who were romantically involved with the outlaws.

It was in the secluded protection of Robbers Roost that Butch Cassidy and his friends actually formed their Wild Bunch gang. The outlaws were sworn to secrecy and their hideout was never discovered by lawmen. The original Wild Bunch corral still stands in Robbers Roost. They also used the area to hide supplies and weapons until death and capture eventually disassembled the gang and Robbers Roost was abandoned.

Upon seeing the slot canyons and primitive trails throughout Robbers Roost, it’s easy to see how this rugged landscape served as an effective refuge and hideout for Butch Cassidy and his outlaws. Besides being hard to navigate, the rock walls and rough terrain provided a decent level of protection. The gang could more easily defend themselves from anyone who might find them there, although that was unlikely. And if anyone did come upon them in their hideout, the gang would have the advantage of knowing the terrain better.

Although Robbers Roost was well secluded amid the rocky landscape, it was not located very far away from some of the old Utah ranches where the gang would get their beef and horses. This meant that they would rarely have to venture far from the Roost if they didn’t want to.

The terrain in the Robbers Roost area is still as rugged today as ever, but now serves as a beautiful tourist attraction as opposed to a hideout for outlaws. The Dirty Devil River winds through the red rock and sagebrush to create a gorgeous scene at every turn.

Whether you’re interested in the history or natural beauty of Robbers Roost (or both), a visit to this iconic location is well worth the trip. This famous spot has become one of the more popular places to visit in Capitol Reef Country. The area is popular for hiking and backpacking, canyoneering, horseback riding and ATVs.

Some canyoneering enthusiasts will be interested to know that one of the popular slot canyons in the area, Bluejohn, was the scene where the real-life struggle of Aaron Ralston took place, in which he was forced to amputate his own arm after becoming pinned by a fallen rock. This  incredible event was depicted in the film “127 hours”. Be careful out there!

Getting to Robbers Roost

The Robbers Roost area is east of Hanksville, Utah, with many trails and backroads available to get where you want to go. Be aware that many of the roads are not easily accessible when there is heavy rainfall. This area is very remote, and it is encouraged that all visitors come prepared with maps, adequate supplies, and a plan of where they will be going.

There is a ton of history and fun to be had in Capitol Reef Country, all year round! Pack a bag and get ready to take the road less traveled!